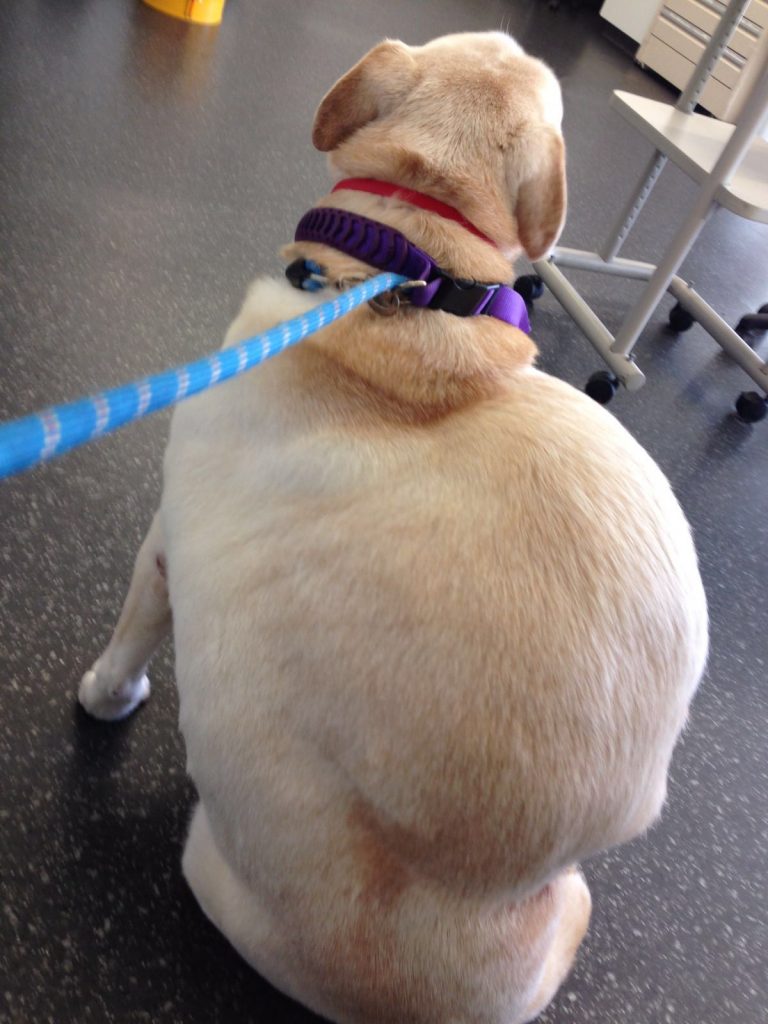 “Rex”, a 52kg Labrador presented with a large weighty fatty growth (lipoma) over the top of his chest. He was finding it hard to move around and it appeared to pull him to one side such was the weight he had to endure.

At surgery, we required three surgeons, a much used electro cautery unit to cope with the multitude of vessels encountered, a separate surgery trolley to support and to roll the mass away as we dissected it clear of the trunk, and close attention to IV fluid support and blood pressure.

After more than two hours of surgery and placement of many suction drains and heavy chest bandaging, the mass weighed in at 15.3kg, which we suspect may be something of a record for a successfully excised tumour in the dog.

At suture and bandage removal two weeks later Rex had a large suture line as testament to his surgery, but walked more freely after his massive weight reduction.

Lipomas are very common in large breed dogs but generally don’t reach anywhere near this size. Those located under the armpits, groin, neck or tail can interfere with body movement and are best excised.

Subscribe to receive updates from our hospital direct to your inbox!