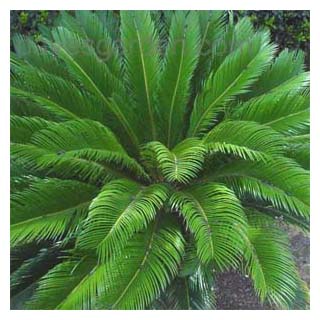 Three cycad species are popular ornamental plants and grow well in this area, with the Sago most common, though it is not really a palm. Toxic effects are seen in the central nervous system, liver, gut and mutation of cells to cancer formation. As little as two seeds will cause signs, but any part of the plant is toxic including the roots.

Dogs typically present with very non-specific signs like vomiting and lethargy (as with many other diseases). Signs can occur from 15 minutes to 36 hours after eating the plant. Look for vomiting, diarrhoea (sometimes bloody), jaundice, bruising of the skin, and weakness with tremors and seizures if severe.

There is no blood test to detect the toxin, and looking for seeds or plant material in the faeces or vomit will help greatly. Remember these signs are not specific for Sago toxicity and general supportive but intensive treatment for liver failure will cover most other causes; however, the prognosis for recovery from this toxin is poor. Most dogs will succumb despite treatment.

Patients are placed on intravenous fluids, liver support/antioxidant drugs, narcotic analgesia, antacid drugs, antinausea meds, but usually to no avail. Other causes may have a better prognosis, so owners who give us a history of possible access to this toxin or who observe the seeds or roots in the vomitus or faeces will allow us to give an owner the full range of options available before starting treatment.

Subscribe to receive updates from our hospital direct to your inbox!